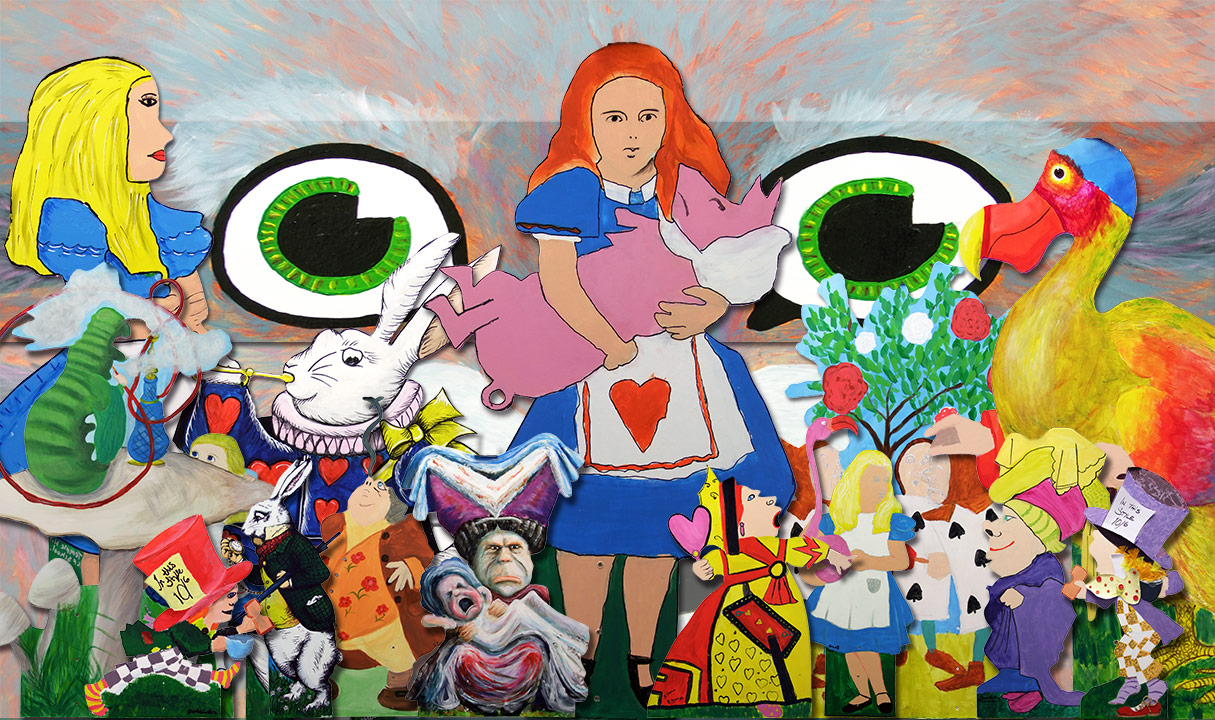 If you have ever visited Ingress Abbey in Ingress Park, Greenhithe you will probably have walked across the large open space in front of the building – this is where the fun of Alice the Musical took place.

It all started back in the first half of 2014. I was asked to attend a meeting with council leader Jeremy Kite, together with borough councillors Keith Kelly and David Mote at the Dartford Borough Council offices. We discussed the idea of holding a DBC sponsored outdoor event at Ingress Abbey, and I was asked to input ideas for involving the community in the project. The event was to be held on 27 July, 2014 and the Cambridge Touring Theatre production of Alice the Musical was chosen. I suggested that younger members of the Dartford community could create pop-up ‘Alice’ characters and these could be placed around the site ready for the performance.

My preparation for creating the pop-up characters started in earnest (that’s just off the high street). I decided to use fifteen of the original John Tenniel illustrations from Lewis Carroll’s book.

Nine millimetre thick MDF was the board of choice. First of all I had to draw each character on to the boards, then cut out each one using an electric jig-saw. At approximately 90 – 120 cm tall each pop-up took a lot of cutting. Because I wanted the young ‘artists’ to paint the characters applying their own interpretation of Tenniel’s drawings, the cutting or drawing was not too precise. With all the drawings done and cut out, I now had to gesso the surface of each board in preparation for the acrylic paint.

By the end of June all the characters had been painted by ‘artists’ from the Dartford community. As fantastic as they looked I still had to fix spikes to the back of each one so that they could be ‘fitted’ into the grass area between the abbey building and the front of the stage.

On the 27th July, 2014 all preparation for the show was complete, the audience from the Greenhithe community were all seated, and now it was time to sit back and enjoy the show.